About Us > Gidon Kruger 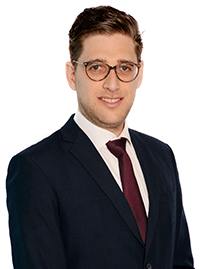 After completing his articles, he joined the Eastvaal Motor Group and was part of the exco heading up the role of Special Projects. While at Eastvaal, Gidon was involved in numerous due diligences. In addition, he was responsible for business analysis and performance enhancement for the overall group. Gidon also worked on the deal team which was responsible for the purchase of strategic assets for the group.

Since joining Matuson and Associates, Gidon has been involved in various high profile, large operational turnaround and has extensive experience in this regard.